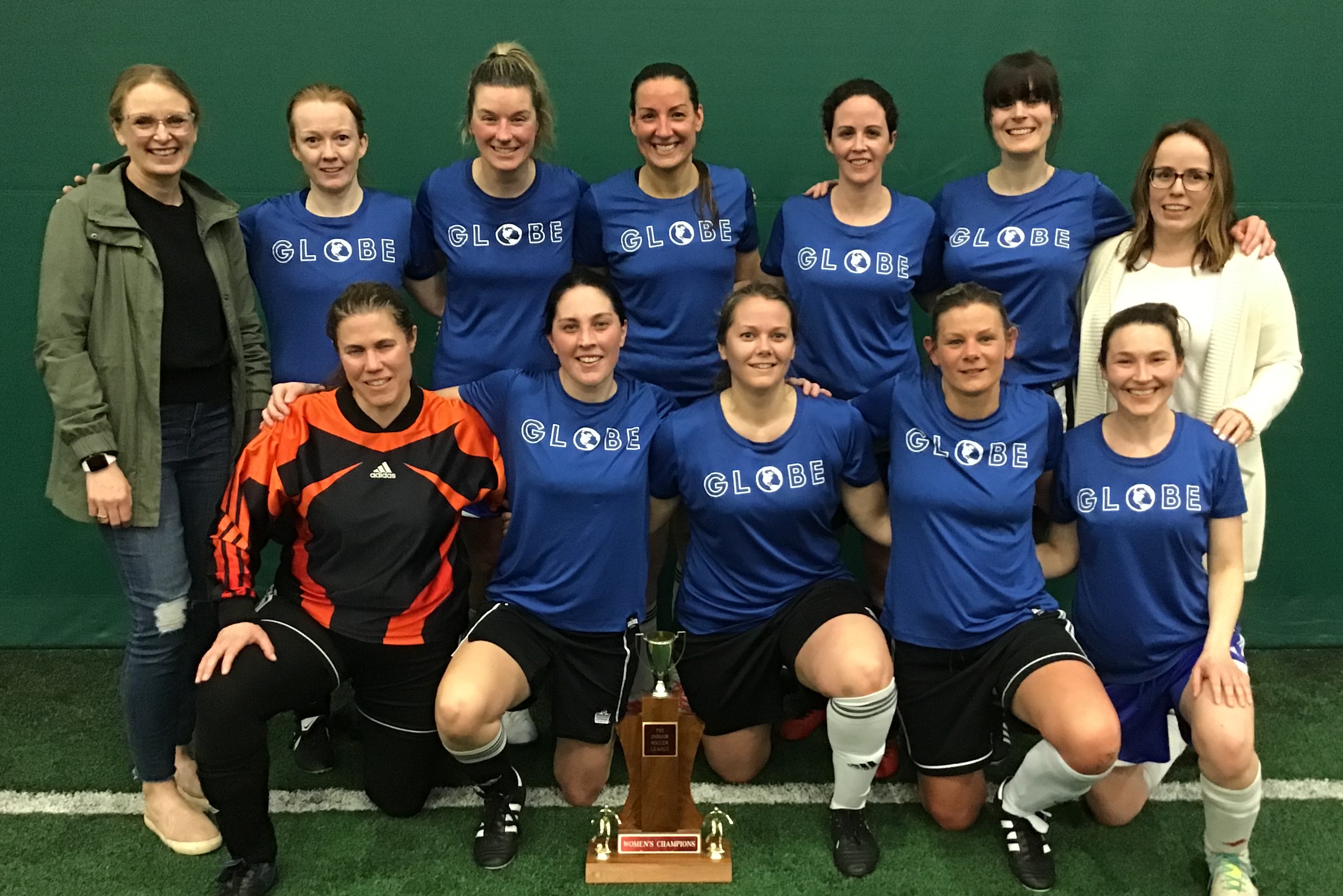 Madison Doiron and Melyssa Weeks scored for Stratford to lead the team to a 2-1 victory over Divas.

Greg Furlong and Tanner Beer along with an own goal led the team to the victory.

Mathurin Carr-Rollitt scored the hattrick and Sam MacKinnon and James Richardson had a goal to lead the Double Hill Nomads to a 5-3 victory over Spud Connection to finish the season undefeated.

The Pink Panthers win the Winter 2021 Indoor League Championship with a 3 - 0 victory over Spa Total Fitness.

Maddy Hurley scored two and Madi Fisher scored one to lead the team to victory. Braylan MacEachern and Olivia Cummings shared goalkeeper duties for the shutout.

Sam Smiley led the way for the Champions with the hattrick with single goals from Lucas Ross, Jacob Deighan and Mohammed Jaber.