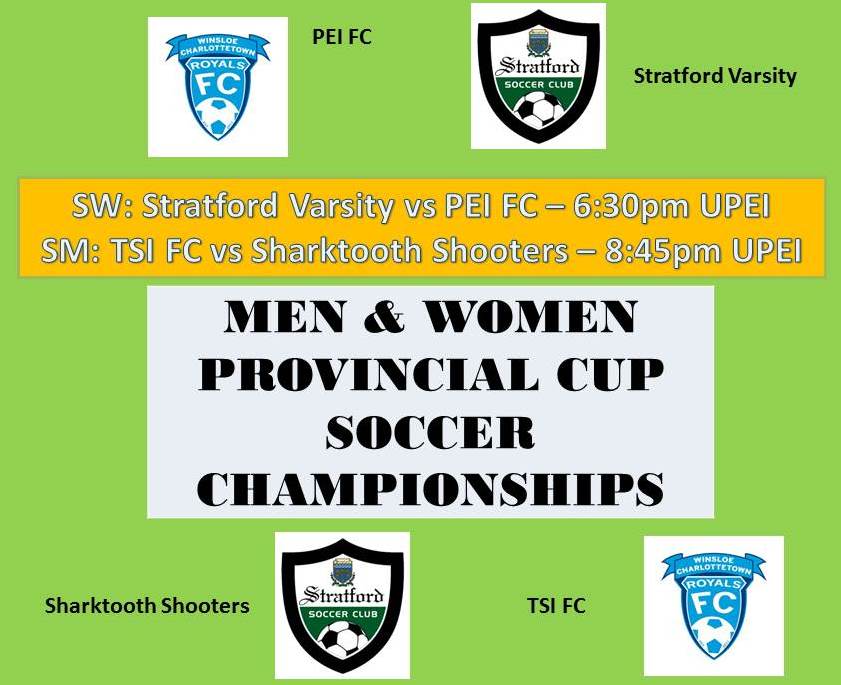 The teams are stacked with future, current and past varsity players which should provide for a great match.

Stratford Varsity does have the edge going into the final as they were victors over FC in the home and away matches during the regular season.

Stratford comes into the final after a 3-1 victory over Summerside United and Paige Doncaster got the shutout in FC's victory over PEI FC U17s where Emma Langley and Emily Cormier each notched a pair in the 6-0 victory.

On the men's side, TSI FC rolled into the finals with a convincing 5-0 victory in the semi-final over Stratford's Koughan's Auto Body.

Ibra Sanoh recorded the hat-trick while Mahmoud Moustafa closed the door on several good chances by his opponents to record the shutout.

Sharktooth Shooters also had an easier semi-final as they defeated a weary Duke FC team that made it to the semis in an overtime dual with Good Fellas.

Brett Straba had the clean sheet and Sam Smiley leads the attack and had a hat-trick.

What a night of soccer this promises to be.

Stay tuned for updates on fans inside the grounds.