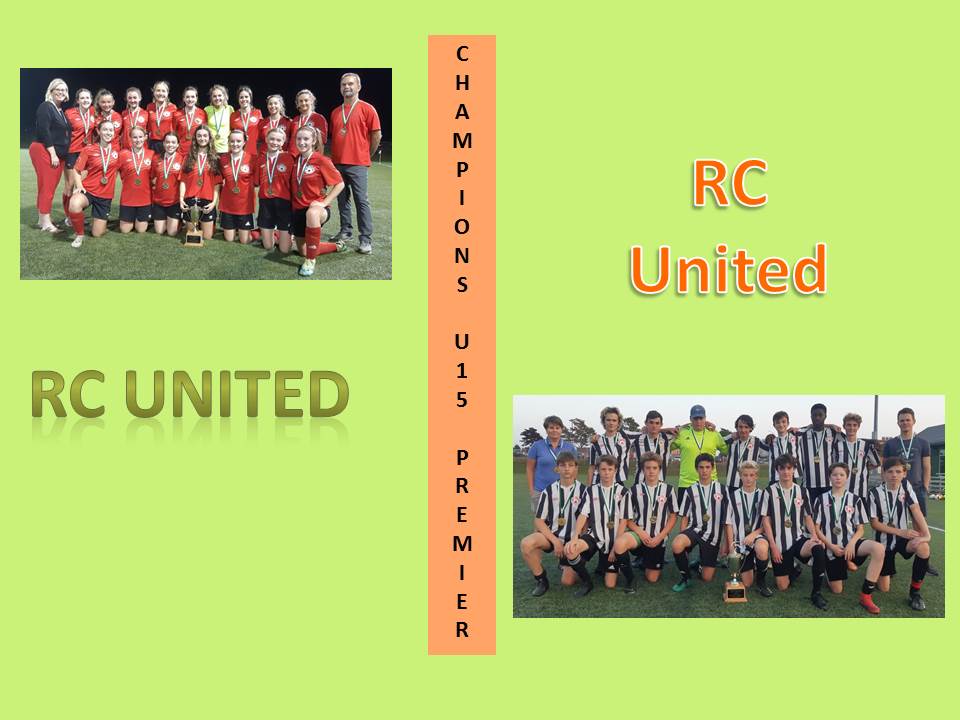 The RC United club claimed the double as both the boys and the girls were victorious in their U15 premier division finals.

The first match of the night saw the boys win 2-0 over Winsloe-Charlottwtown Royals FC.

A goal in each half from Harrison Munro and Raynor Glenn proved to be the difference and Grayson Arbing had the clean sheet.

In the girls match, it was a first half goal from Rachael Campbell that held up and was the winner as both goalkeepers played well to keep this a low scoring game.

In the end, it was Josie MacLean who picked up the shutout.